IC what you did there... 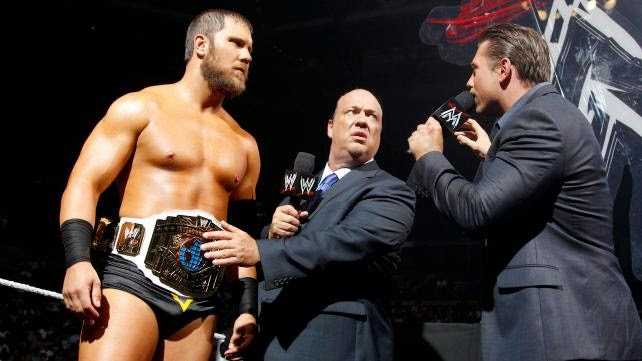 The date was June 28th, 2013.  The show: WWE Smackdown.  The segment: MizTV.  Curtis Axel had won the IC title a week earlier on Father's Day, a fitting tribute to his legendary father – and former IC champ – "Mr. Perfect" Curt Hennig.  (Hennig was one of my favorites growing up, so to see his son wearing a belt that has my name stamped into it was a very big deal for me.)  After some back-and-forth trash talking, Axel and Miz engaged in fisticuffs, which ultimately resulted in the belt being dropped and a large, sweaty wrestler being slammed onto it.  I cringed.  With joy.  If that's even possible.
Quick backstory:  When WWE brought back the classic "Reggie IC" (named after the iconic belt created by Reggie Parks in 1986), I was elated.  You see, the original design – one of my all-time favorites by far – was replaced by another belt-maker's version of the IC title around 1998, much to the dismay of "beltmarks" around the globe.  But in 2012, all became right with the world when WWE commissioned Dave Millican and Rico Mann (Reggie's business partners) to create an updated "Reggie IC" with new logos, modernized artwork, and a white leather strap.  The end result was nothing short of amazing. 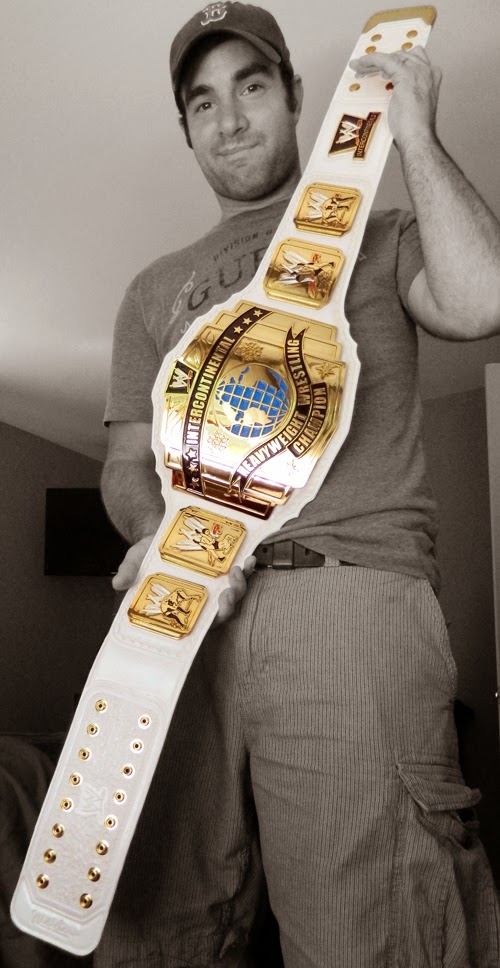 Fast-forward a year or so, and I get a text from Dave Millican asking if I'd be interested in working on a new IC belt for WWE Television (they replace the belts regularly so that they continue to look shiny and new in HD).  Once I regained consciousness, I immediately responded with a big ol' "Hell Yes!!!!"  A week or two later, I received a box containing the unpainted plates and a WWE logo stamp for the leather.  Once I regained consciousness, I got to work on it right away.

Knowing I may never get this opportunity again, I worked meticulously to craft the perfect strap for this prestigious championship.  I wasn't thrilled with the way the first one came out, so I made another one, and I saw that it was good.  I attached the plates, finished the leather, painted all the little logos and wrestlers and such, and – after taking 4,000 photos – off it went to WWE TV headquarters in Stamford, Connecticut. 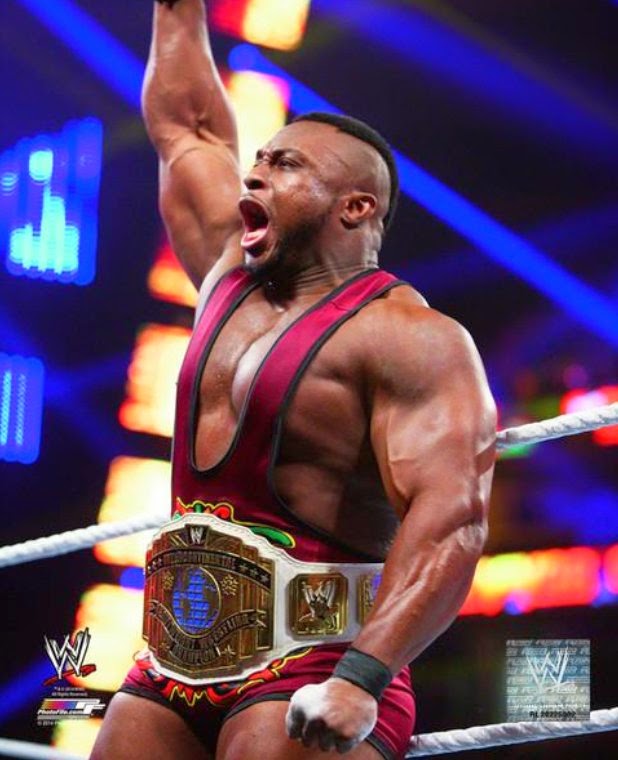 I agonized for a few days hoping they would receive the package and that the belt wouldn't disintegrate as soon as they opened the box.  Once I got confirmation that the belt had been received in one piece, a smile crept across my face.  And it stayed there.  For a while.  When the new IC title debuted a few days later, I was completely blown away.  Seeing something I had a hand in creating being used on worldwide television (broadcast to more than 150 countries), was surreal to say the least.  My friends and family all seemed impressed.  My local newspaper even published a little blurb about the achievement, and, most importantly, Dave Millican was pleased with the final result.

Since its debut, the belt has also been held by Big E. Langston and Wade "Bad News" Barrett.  And I've been fortunate enough to collaborate with Dave on belts for 2K Sports and Bellator MMA, along with some WWE licensed belts for private collectors.  I don't know if the opportunity to create a belt for WWE TV will ever come along again, but I'm happy that I was able to at least slip one past the goalie. 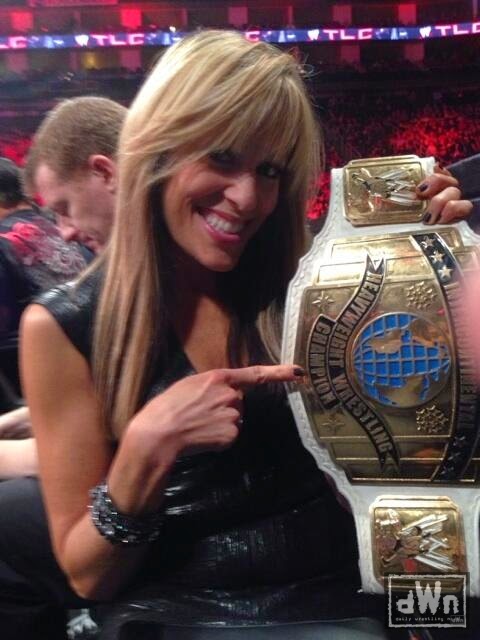 As the belt starts to look more and more worn, I assume its days are numbered.  I'll be ecstatic if it makes it to the one-year anniversary, which is in just a few days.  I will have a cake and a candle ready to go, just in case.

Whatever happens, I will always appreciate the opportunity I was given to fulfill this crazy boyhood dream.  Thanks again, Ace.

And you too, Lilian.

I'm not really a blog-guy, but I figured this would be a good place to share news, show off new stuff, and allow you to get a glimpse inside the twisted mind of a man who prances around in a wrestling mask and calls himself "Papi".

I'm assuming you found this blog through my custom championship belt page; if not, you can check it out here.

I guess I should start by talking about my belt idol, Reggie Parks. Reggie is "The King of Belts" and the very reason that I got into this. As a kid, I can vividly remember all these larger-than-life wrestling superstars fighting for or defending championship belts made by Reggie Parks. I can also remember how badly I wanted to hold one of those bad boys (the belts, not the wrestlers). I figured the only way I'd ever get my hands on one was to become a professional wrestler and work my way up the ladder. Unfortunately, I have two left feet and a strict no-weightlifting policy, so that idea was out the window.

I sadly accepted the fact that I'd never get to wear one of those beautiful titles. Cardboard belts and cheaply made replicas would have to do...

Well, you can imagine my joy when I learned, as an adult, that I could just *buy* a championship belt made by Reggie Parks. And buy one I did! 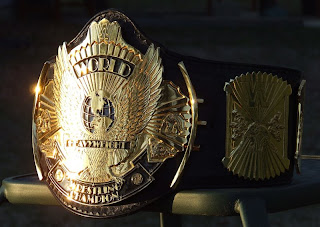 Well, as much as I love my Reggie "Winged Eagle," I still felt that I needed more -- I needed to create. So I started designing belts, and that was fine for a while. Then I started messing around with leather. Eventually I worked my way toward creating my own belts. I'm still very much a rookie, but I'm working hard to improve my skills. You can see photos of my work on my website, if you haven't already.

And that's my story. I'm a full-time graphics/web designer and a part-time championship belt-maker. I'm also a full-time husband and father, which is definitely my most important job.

My goal is to earn a living from making belts some day, but I realize it's a long, hard road, and my chances for success are probably slim. But I'm just getting started and I'm very confident in my abilities. I may never be "the next Reggie Parks", but I will certainly give it my best try.

It's either that or start hitting the gym...